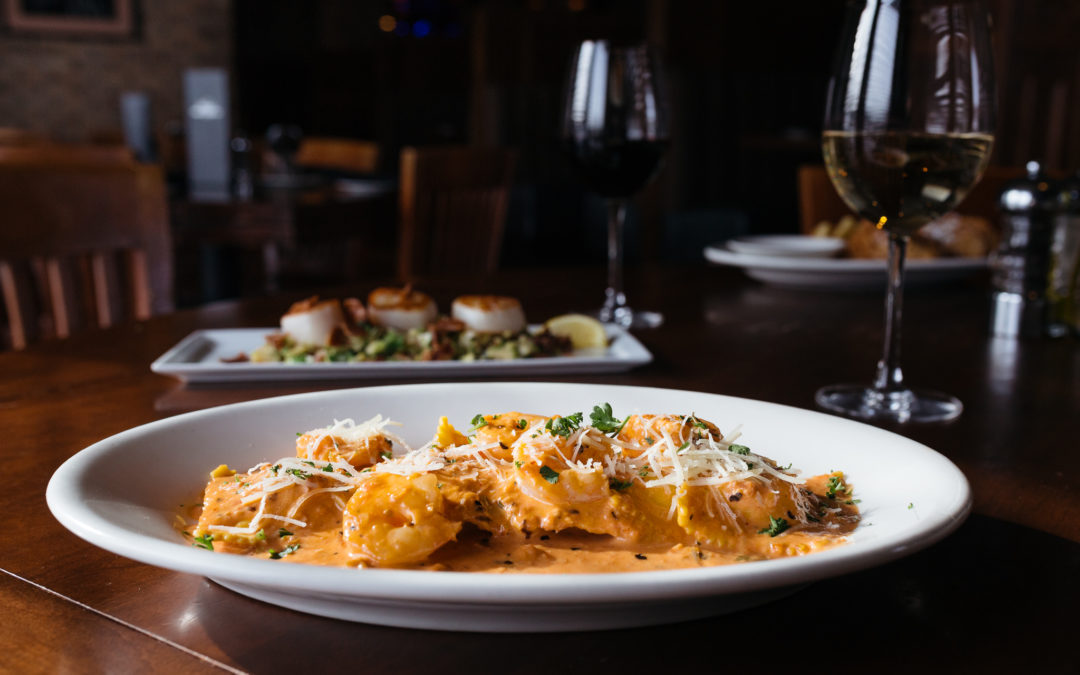 FOR THE GROWING STEAKHOUSE CHAIN, IT’S ALL ABOUT THE PERFORMANCE.

Ajay Singh has witnessed teachers, physicists, and chemical engineers moonlight as servers at Johnny’s Italian Steakhouse. Given the nature of the 12-unit brand’s training program, the notion doesn’t surprise him. He’s visited locations years later where the staff hasn’t changed much. It’s not that Johnny’s doesn’t battle attrition, it’s simply the order in which Johnny’s picks its labor battles that differs from most.

“The first thing they hear from us it that you’re going to be required to be tested on this food and beverages and steps of service,” says Singh, the vice president of brand development. “In order to hit the floor, you need to demonstrate you have a solid understanding of all those things.”

Inspired by a dinner-club performance where an under-the-weather server still put on a show, Johnny’s decided early on it would live by a Broadway vernacular. The tagline put simply: Create a dining experience worthy of a standing ovation.

This might sound Orlando I-Drive billboard worthy, but it’s actually a critical element of Johnny’s day-to-day operations and business model. Employees are “cast members.” Chefs are “culinary maestros.” Everything is framed around the performance, the players, and the production. And employees either embrace this or they don’t, which is a reality that cuts two ways.

Singh says “60 or 70” percent of workers love the concept. They don pressed white shirts, black ties, aprons, and drop full-flight into the expansive training program. Those who aren’t willing to commit, simply don’t. And the result is servers (performers) who actually stick around since they’ve got more into it than a buddy-system tour the night before.

“Then we can move on without effectively wasting one another’s time,” Singh says, adding that Johnny’s sees about a 20 percent attrition rate. “But for those others who truly see the value, and realize what this could mean from a personal compensation perspective, it’s amazing.”

To be comfortable in this performer role, Johnny’s training doesn’t cut corners. It covers everything from practical examinations to carrying trays to tableside food service done according to brand standard, which involves teaching servers how not to auction off food where guests hear it as, who had this and who ordered that. “We really get down to that level of detail,” Singh says.

The chain has a supervisor or manager delegate or proctor an exam, more verbal than written in some cases. And they’ll go over the details until the server is confident in the material and passes the test. At the same time, Johnny’s leverages mobile technology to keep the process handy.

Singh was home one night with his kids when he noticed them using Quizlet, a flashcard- and gamification-focused application that teaches everything from languages to vocabulary. He tasked a summer intern to take Johnny’s entire menu and upload it into Quizlet, with an exclusive classroom. There are now more than 400 members in that class who use it. “The beauty of it is our investment in that software is barely $100 each year,” Singh says.

Operators also have access to a progressive support tool known as The HUB. It’s an online portal with direct contact support that provides information to all key positions within the restaurants. Employees use it as a constant resource, and tap in for direct communication between workers at all locations via a social-media style interface.

“The result is a concept that performs without the trappings of being a chef-driven restaurant. Culinary talent can effectively be sourced throughout the fast casual marketplace and trained to deliver an outstanding dining experience,” Johnny’s says on its site.

Having that toolbox of knowledge allows the chain’s servers to focus on guest interactions, which Singh says is the secret to Johnny’s separation from the speed-rush concepts flooding casual dining. And there’s no question there’s a certain drama to the workflow that emanates from the heart of the house. Johnny’s has a red light behind the kitchen area going into the dining room that says you’re on stage the minute you walk into that “show floor.”

Customers appreciate the effort. “I think too often we’re trying to make it faster for people to get through, making it convenient for them to order, making it faster for them to pay, minimizing the interaction experiences they’re going to have,” Singh says. “And then pretty soon we’ve commoditized the one thing people probably enjoyed doing the most.”

“They love the investment training,” he adds of the employees. “They love the fact they can be thought of as a professional server. And as a result of that they’re seeing compensation coming from the guests they couldn’t see elsewhere.”

Johnny’s is a Heart of America Group concept that debuted in Des Moines, Iowa, in 2002.

Lately, the concept’s franchising has swung upward. It’s on pace for year-over-year unit growth of 34 percent in 2018 and plans to award 24 total units by 2020. Johnny’s will break into two new states with four locations this year—Farmington Hills, Michigan; Livonia, Michigan; Sun Prairie, Wisconsin; and Thornton, Colorado. It hopes to expand beyond its current nine markets with target areas including Houston, Dallas, Cleveland, and more throughout Middle America. Opened stores are doing north of $2.6 million in median annual gross revenue.

“Cell phones take a back seat to conversation. I think there’s a point where people feel as though they want to have a slight disconnect from that world of technology. This provides the perfect opportunity to do that.” — Ajay Singh, vice president of brand development.

“Our approach is look, let’s start with one, let’s operate it flawlessly and we’ll always give you an opportunity for a second one in the market if it makes sense,” he says, adding that new operators run through 40-plus days of cumulative training to understand the culture.

“A lot of people look at us and say, what are your aspirations for targeted growth, they don’t seem so high. But we’re a long-term strategist. We keep a lot of things in the family for a long time. As a result we want to make sure our franchisees are selected so we can be around them for a long time. And we think our concept is timeless. It’s going to stay that way, and we want partners who can go along for that ride.”

The idea for Johnny’s, created by Mike Whalen, Heart of America’s CEO, was to create a brand that slides somewhere between the Outback and Ruth’s Chris concepts of the steakhouse world. It’s upscale, but positioned at an “everyday indulgence” price point. Check averages vary by location, but hover around $15 per person for lunch. At dinner, it’s roughly in the low $30s.

Although Johnny’s wants to court dine-in traffic above all else, it also devised an off-premises product called a “Presto Pack,” which costs $45 per order. It’s ready to go in 30 minutes and serves four to six people. Guests call in, pick their salad, pasta, and show up.

Johnny’s is designed as a modern-day tribute to the iconic concepts of John Stamatelos and Johnny and Kay Compiano. Stamatelos converted his own house into Johnny’s Vets Club in 1946, operating as a speakeasy across the tracks from a cement plant. When authorities would prepare for a Prohibition raid, the dust from the factory would alert spotters who then could float whiskey barrels down the nearby Raccoon River. The Compianos opened Johnny and Kay’s Restaurant as a 32-capacity restaurant that would grow into a state landmark fit for 450 people.

Essentially, Whalen’s vision was to invent a classic brand that courted diner’s nostalgia for 1940s and 1950s supper clubs, but also blended sophistication with a modern edge. There are large upholstered booths to keep guests focused on their company, crystal chandeliers, and Frank Sinatra playing in the background.

“Cell phones take a back seat to conversation,” Singh says. “I think there’s a point where people feel as though they want to have a slight disconnect from that world of technology. This provides the perfect opportunity to do that.”

Heart of America Group operates hotels in Illinois, Iowa, Kansas, Minnesota, and Wisconsin. In addition to Johnny’s, it has restaurant concepts The Machine Shed, Thunder Bay Grille, The J Bar, The Republic on Grand, and Gramma’s Kitchen in its portfolio.