Home » Uncategorized » Check it out: downtown Moline has a swanky new hotel

Check it out: downtown Moline has a swanky new hotel - Heart Of America Group

Check it out: downtown Moline has a swanky new hotel 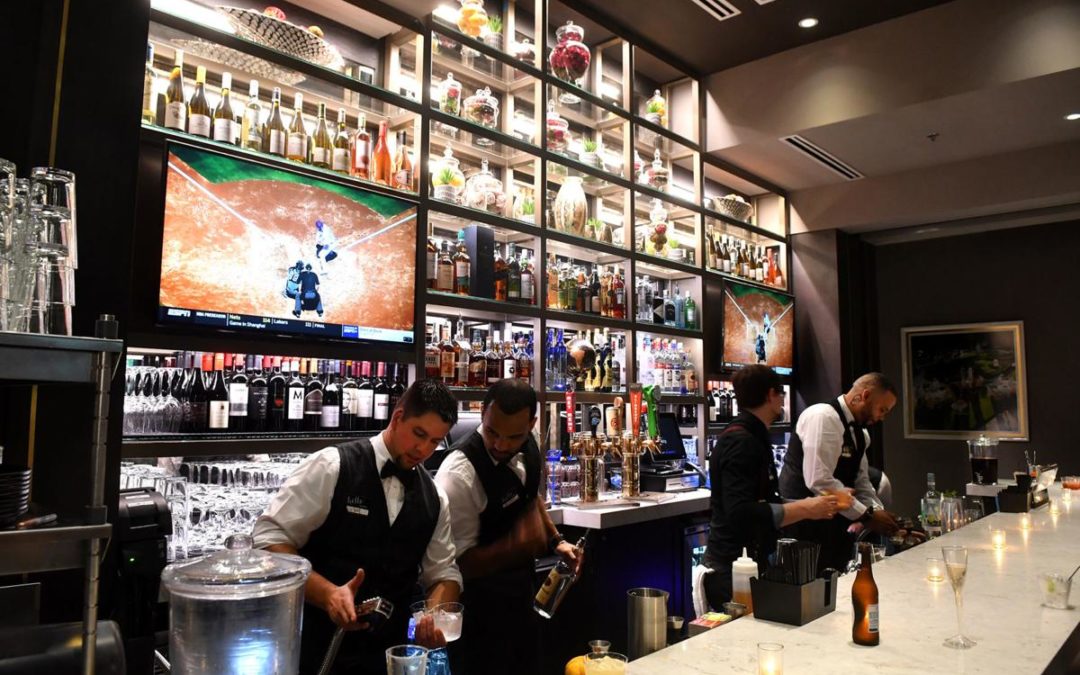 The hotel-building boom in the Quad-Cities hasn’t missed Moline.

Renovations took three years, yielding 104 guest rooms, a luxe first-floor lounge, and a new bistro and bar.“This is a great day because we’ve worked so hard on this building,” said David Thompson, chief operating executive. “We’re excited to show the public the historic richness this building has to offer.”

The hotel at 1630 5th Ave. has been brought back from the dead by the Heart of America Group. It’s also part of the Tapestry Collection by Hilton.

Guest rooms are spacious and modern. From the higher floors of the eight-story structure, guests view a panorama of the Quad-Cities: downtown Moline, Arsenal Island, construction of the I-74 bridge, the Mississippi River and the Moline hillside.

Every room comes with a mini-fridge, Keurig machine, at least one 55” television, and robes and slippers.

The hotel’s centerpiece is the Syndicate Bistro & Bar, a French-inspired restaurant reminiscent of the moody cocktail lounges of the 1920s. With a large and creative menu, the bistro will be a popular destination for weekend brunch. Its name comes from the businessmen, known as “the syndicate,” who backed the original Fifth Avenue building, which dates to the 1920s. Though there’s no pool, a fitness center is tucked away on the ground floor.

On the second floor, a covered walkway connects the building to an adjacent parking garage.

The hotel has also kept much of its original granite and floors. Upstairs, interspersed between guest rooms are mysterious wooden doors. They’re original to the building and once opened to the offices of doctors, lawyers and dentists, explained Alysia Gehn, sales coordinator at Heart of America Group.

The Axis Hotel is likely to boost the nightlife along Moline’s 5th Avenue, though it remains to be seen how the hotel figures into the already hyper-competitive hotel business booming in the area.

The competition doesn’t trouble Gehn, who said that the various new area hotels “all offer something different.” The hotel bar’s resident mixologist, as just one example, makes The Axis unique.

“We’re making our own story here,” she said.